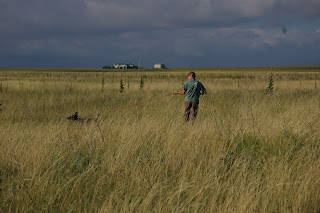 Suffering the loss of two of my veterans early this year, I decided to get myself a new puppy in April so I would have a hunting buddy come fall.  It's really tough to lose two dogs in short order.  I think I learned a valuable lesson though and will make sure to space dogs out in the future so as not to have them too close together in age.  On the other hand, I have to admit that I'm really enjoying just having one dog. 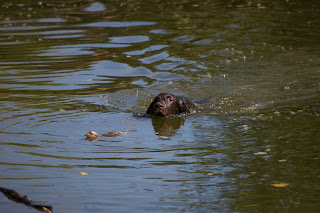 Both of my pointers developed cancer that showed up quickly, and with a vengeance.  In both instances it had spread to other parts of their bodies making the prognosis discouraging.  At the stage of both their lives, and being pointers, amputation of limbs just wasn't an option.

I was reading another blog post today on Living with Birddogs about the recent loss of Mike's canine companion, and how dealing with the grief of a passing of each pet is compounded by all the ones that came before it.  Talk about hitting the nail on the head!

In any event, I'm enjoying my new puppy as well as taking him through his training.  His enthusiasm makes me laugh and in no small measure gives me great hope for the day when I can call him finished.  He's already retrieving, hunting dead, and has some razor sharp points.  He's a knuckle-head though and is sure to give me some grief as he reaches adolescence, but for now we're both the center of each others world.  I see the reflection in his eye of a half dozen dogs that came before him and know that they are looking over his progress.
Posted by Gary Thompson at 4:51 PM 3 comments

You can feel it can't you? The world is just about to tilt 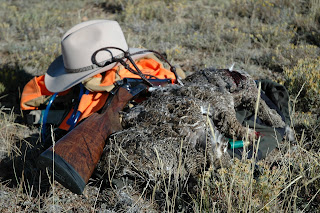 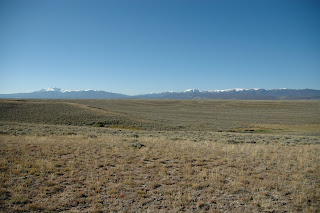 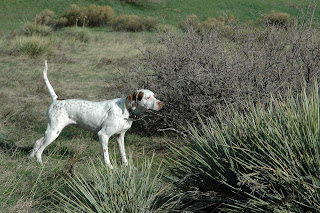 The grass is going brown and I've noticed a few more headlights on for the drive home from work. While it's hard to focus on anything other than the near locust plague level grasshopper hatch taking place this year, I can't but notice that the world is just about to tilt toward cooler days. Along with it, I'm enjoying (and a little tickled) at the stories from an army of anxious upland writers that are about to switch gears. Count me among the willing!

Birds, guns and dogs are just around the corner. Yippy!
Posted by Gary Thompson at 7:39 AM 1 comments